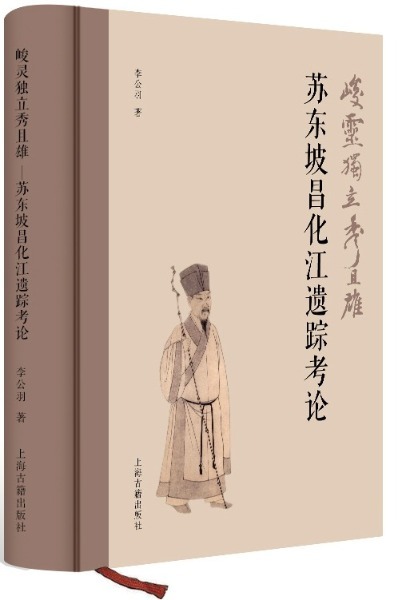 Experts and scholars gathered at Hainan University on July 18 for a seminar and book launch ceremony on the subject of Su Shi, also called Su Dongpo, a literary giant of the Song Dynasty (960-1279).

The seminar was held in celebration of the 920th anniversary of Su Shi's calligraphy work engraved on a stone tablet at the Junlingwang Temple in Changjiang county, Hainan province.

Junlingwang is a unique historical phenomenon where ancient people worshiped a giant rock beside the Changhua River-the second longest river in the province that runs through the county to the ocean-as an incarnation of the god of the sea.

As early as the Five Dynasties and Ten Kingdoms (907-960), emperors were conferring titles to the deified rock. In 1082, Song Emperor Shenzong declared the rock Junlingwang or Lord of Junling. And the Junlingwang Temple was built to pay tribute to the ocean deity.

Su Shi (1037-1101), a prominent figure in Chinese classic literature, is known for his achievements in poetry, prose, calligraphy, painting and even gastronomy. However, his political career was not stable, and he was relegated and exiled several times for being involved in political factions.

In 1097, Su was once again relegated, this time to Danzhou, Hainan province. After three years when he was about to leave, he wrote the Junlingwang Temple Inscription (Junlingwang Miao Bei) as an ode to the sea god for protecting him and helping him to survive in the adverse living conditions, as well as safeguarding the land and the locals.

At the seminar, experts of Su Studies from around the country, with diverse specializations including history, literature, artifacts, folklore and tourism, discussed the latest research on Su Shi and the Junlingwang Temple Inscription.

"Due to the lack of clear historical records, a series of relevant questions remain debatable in academia: did Su really set foot in Junlingwang Temple? When and where did he write the article? Who engraved Su's original writing onto the broken stone tablet in front of the temple?" Li told the seminar when explaining his motivation for writing the book.

In order to solve the puzzling questions, Li spent over three years conducting research of relevant texts, going on multiple expeditions to the temple and consulting with other experts, before publishing his findings.

The book confirms and records for the first time the full text of the inscription, and verifies the year when it was originally engraved.

Pang Dahai, president of Changjiang county's literature and art association, said that he and his colleagues accompanied Li on field trips along the river and interviewed local villagers about the legend.

"Over the years many have visited the temple and viewed the broken stone tablet, but never has anyone read the inscription as meticulously as Li. He studied the inscription word by word on the spot, and based his findings on a large number of historical materials and documents. His attitude to his research is truly admirable."

Ruan Zhong, president of the Hainan Su's Research Association, said: "The book's publication is a major achievement for our association. It drives our research of Su Studies, as well as enhances the Su Shi culture in Hainan province."

Ruan said that with the recent Hainan free trade port policy, the province's development requires a corresponding strong cultural background. The latest findings on the works of Su Shi can serve as a link between Hainan's folk culture and its tourism resources, thus becoming a new symbol of the province's culture.